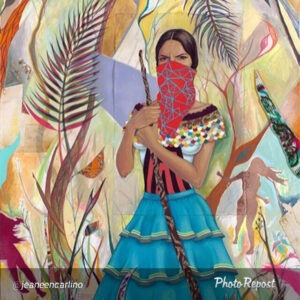 Earlier this month (name withheld) married a subordinate of his, whom he courted on the job. (Name withheld) resigned, and her resignation also raises questions about the organization’s reported inaction when faced with sexual harassment allegations, not to mention retaliatory tendencies.

And he’s not alone. The organization had to fire the leader of its campaign as part of an investigation into misconduct and abusive behavior.

Several people under investigation by journalists have threatened to sue if reporters print allegations.

The stories above are all about the SEIU, a union working to get workers paid $15 an hour. Given that the union is about justice and equity, I find this behavior inexcusable and frankly frightening. If a system of abuse is covered up from the top, it allows others to get away with it. I am sure most of you agree that the sexual harassment of women and bullying in general are unacceptable. (See references below.)

I hope that you will still agree with me when I confirm to you that this has been going on in the animal movement for decades. This blog is way overdue, but I have to admit, I never had a clear focus on how to discuss these issues. My apologies as more and more women have been victimized and many of the so-called “leaders” of this movement have gotten away with this debauchery. And still more activists (male and female) have had to deal with cruel treatment by their bosses who treat them as disposable since there are always more activists willing to work for low pay for the animals. (another problematic issue that I speak out against).

Women have long put up with sexual harassment, innuendo, and stalking by men in this movement. Women of color have dealt with bullying by both men and women in this movement who have tried to make them feel inferior. It is unfortunate how many men and women are complicit in these cover-ups; meanwhile, women (many of whom are emboldened by their partners) have treated other women cruelly.

This is more outrageous when you consider our movement is predominately made up of women and the leadership skews male. You have young women who are put in uncomfortable situations and who might ignore their inner voices, telling themselves that these men are important. And when they listen to their inner voices and speak out, they are discouraged from doing so publicly because it could “hurt the animals” or worse, they are threatened with lawsuits.

Some women are forced out while the perpetrators are allowed to keep their jobs.

I have been trying to find my voice on this issue, as some of the women are fearful of naming names, since many of the men involved are in positions of power. Worse, some of the men have used the law as a weapon to silence the women they have assaulted or harassed.

But a huge thank you to Ari Trujillo-Wesler for reminding me that I need to do what is within my power.

So, acting on that:
Food Empowerment Project’s board or staff will not speak on panels with known sexual harassers or appear in photos or films with them.

·       Food Empowerment Project will strive to not be on panels with bullies or sexual harassers, but we know many bullies exist behind the scenes in this movement, so we can only do our best. (We have been doing this to the best of our ability at conferences, and it goes for racists too.)
·       Food Empowerment Project has a zero-tolerance policy for any type of sexual harassment by our employees or volunteers, which will result in automatic dismissal.
·       For all speakers and performers hired by Food Empowerment Project, if you are found to be propositioning anyone at our events, you will be violating our contract terms and will not be paid.
Suggestions to other organizations
·       If you send employees out of town on business, you can afford to pay them to stay in hotels versus staying with other activists—put it in your budget. Too many men in this movement have used “saving money” as an excuse to stay overnight with female activists, putting these women in compromising and uncomfortable situations.
·       Organizations need to have HR departments or have someone such as a board member or advisory board member (not the ED or founder) be the point person for employees to discuss problems with. This should not be an employee who is in a relationship with the founder or president of the organization.
·       Be sure to have a policy in place that prohibits staff from using “the animals”* as an excuse to treat others badly or not expose the bad behavior of others.**
·       Enact policies to deal with and if necessary remove sexual harassers and bullies from the workplace.
·       When it comes to bullies (very much including women) who are in positions of power within organizations, have board members reach out to people who leave, quit, or are terminated from organizations to find out why. We need legitimate boards for all organizations and hold those organizations, especially those with large turnover rates, accountable. Please stop burying your head in the sand.
There is a lot more to say about how men treat women and how the overall movement treats women of color, but the urgency of the current situation makes me feel as if my organization needs to speak out now.

We live in a world where the abuse of non-human animals is inescapable, many of us feel their pain deeply, and to enter a movement where we should feel comfortable but instead feel unsafe is a true betrayal not only to the human animals but the non-human animals as well.

I write this anticipating the amount of pushback I will receive, but enough is enough.

¡Ya Basta!
**I acknowledge that I have used this phrase as a way to guilt trip activists into working harder, and for this I apologize. I stopped working in the animal movement for a number of years after working with US organizations with bullies at the head (that had a legacy of people being abused before and decades after me), and it wasn’t until I worked for a non-animal organization that I learned to be a better leader (I say with much humility) … which is an ongoing process.
References:
http://dailycaller.com/2017/10/20/uss-second-largest-union-promotes-a-broad-environment-of-misogyny-former-employee-says/
http://laborpains.org/2017/10/25/seiu-harassment-scandal-forces-staff-shakeup/
http://www.washingtonexaminer.com/union-activist-who-pushed-15-minimum-wage-resigns-after-sexual-misconduct-claims/article/2638327