VeganLaoFood.com launched on April 14 in honor of Lao New Year. The website is filled with recipes and images of mouthwatering dishes, and the project was inspired by the culinary traditions our board member Sharon Daraphonhdeth was raised with. Along with VeganMexicanFood.com and VeganFilipinoFood.com, this new website shares flavors from other cultures with vegans and the vegan-curious.

F.E.P. relocates our headquarters back to San José, California, a city that has been so generous in recognizing our work in the past. We are excited to get right to work in the capital of Silicon Valley.

F.E.P. hired a new executive director, while lauren continues to drive the organization’s campaigns in her new role as founder and president.

For our school supply drive, we surpassed our goal of 540 backpacks by 125—handing out 665 backpacks filled with school supplies to the children of farm workers.

The Chocolate list now encompasses more than 1,000 companies from around the world and continues to grow every month.

Even in the face of a global pandemic, F.E.P. not only managed to host its annual school supply drive (a huge success) and a reimagined, three-day Vallejo Healthy Food Fest (online) but also created its first “Fright Night,” a virtual event centered on vegan chocolate a week before Halloween.

F.E.P. made its Fight for the Ocean effort virtual this year and developed a list of seven actions people can take while sheltering in place to advocate for the beautiful and sentient sea creatures impacted by commercial fishing and pollution.

Our latest recipe booklet, Vegan Filipino Food, was printed in English and Tagalog.

An influential local union—the North Bay Labor Council, AFL-CIO—endorsed our Shame on Safeway campaign, which asks the grocery company to end its unethical practice of putting restrictive deeds on former properties and blocks access to healthy foods in communities.

F.E.P. delivered 653 backpacks in our school supply drive for the children of farm workers.

We coordinated our annual Fight for the Ocean effort, in which 15 locations participated in cleanups on August 30, doubling what we accomplished in 2018.

F.E.P. launched another exciting resource for vegans: veganfilipinofood.com! Like F.E.P.’s veganmexicanfood.com, this new site was inspired by our commitment to provide vegan resources that reflect the ethnic and cultural diversity of our community.

In an effort to make our Chocolate List app even more user-friendly, it was updated to allow users to post directly to social media (a great way to let others know about the vegan chocolates we do and do not recommend).

Increased awareness about how animals are raised and killed for food by doing outreach outside a dairy operation in Sonoma County, California, which the dairy industry often refers to as “happy cow” country.

We stepped up our Shame on Safeway campaign by leafleting at two live events the company hosted and educated hundreds of attendees about how Safeway/Albertsons denies communities access to healthy foods.

F.E.P.’s collaboration with NuGo nutrition bars resulted in them being placed on our recommended-chocolate list.

F.E.P. delivered 568 backpacks in our school supply drive for the children of farm workers.

lauren became the first woman of color to be inducted into the U.S. Animal Rights Hall of Fame.

After surveying access to healthy food in Vallejo, California, and then holding focus groups with community members to determine what barriers people experienced and potential solutions, F.E.P. published its qualitative data analysis report.

F.E.P.’s dairy outreach campaign is launched in the heart of California’s dairy country.

F.E.P. also launched the Fight for the Ocean effort on August 30 (in honor of Dr. Sylvia Earle’s birthday), because vegan food justice includes our friends in the sea!

The Vegan Mexican Food booklet is printed in English and Spanish.

An eight-year effort coordinated by F.E.P. resulted in success as California’s “50-mile regulation” was defeated. The regulation required farm workers to leave state-subsidized housing and move at least 50 miles away at the end of the harvest, depriving thousands of farm workers’ children from receiving consistent access to education.

F.E.P. delivered 461 backpacks in our school supply drive for the children of farm workers.

F.E.P. met with Vallejo’s mayor to discuss how to better provide access to healthy foods in this vibrant and diverse city. To support this effort, we completed six focus groups where we met with local residents, ate delicious vegan food, and talked about their needs for fresh and healthy foods.

After fires devastated the region, F.E.P. organized a fundraiser for impacted farm workers in Sonoma County. The farm workers, many of whom still speak their indigenous language that is not Spanish (and as a result don’t always get the help they need), were given supplies to get started again after losing their homes and belongings.

F.E.P. was nominated for Favorite App (for the Chocolate List) and Favorite Nonprofit in the year’s VegNews Veggie Awards.

The cities of San José, California, and Vallejo, California, recognized and honored F.E.P. for our vegan food justice work, including our access work within their cities.

F.E.P. delivered 379 backpacks in our school supply drive for the children of farm workers.

At a public meeting in Vallejo, F.E.P. learned that when Safeway/Albertsons moves out of a neighborhood, it places restrictive covenants in deeds that prevent real estate buyers from using their former properties as grocery stores. This unethical practice limits a community’s access to healthy foods. F.E.P. quickly launched its Shame on Safeway campaign. 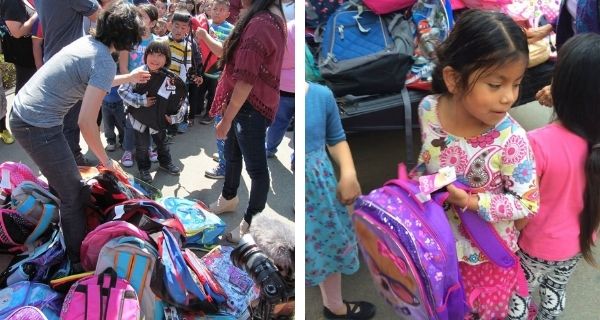 After a wildfire sweeps through Lake County, California, F.E.P. organized a food drive for displaced residents.

F.E.P. delivered 332 backpacks in our school supply drive for the children of farm workers.

F.E.P. was selected by Food Tank and the James Beard Foundation for inclusion in their 2015 Good Food Org Guide to highlight the organization’s exemplary work in food justice.

lauren was arrested outside a Whole Foods Market in Sebastopol, California, for leafleting customers about the company’s recent “pilot program” to sell rabbit “meat.” The charges are later dropped, and so is the pilot program.

F.E.P. filed a Freedom of Information Act request to learn details about the practices of Petaluma Poultry. Among the discoveries: the slaughterhouse uses more than 315,000 gallons of water per day (and this was in the midst of a state drought). 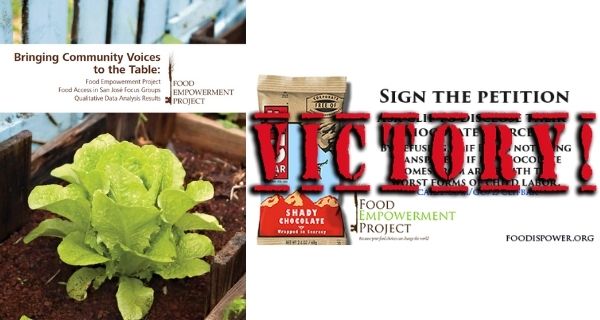 After three years of pressure, Clif Bar agreed to disclose the country of origin for their cocoa.

F.E.P. participated in a Farm Worker Appreciation Day in Salinas, California, and donated a truckload of food to farm workers. (No school supply drive this year.)

After visiting farm workers the year before and seeing how much the kids appreciate and need school supplies, lauren launched F.E.P.’s annual School Supply Drive for the children of farm workers, delivering 30 backpacks to farm worker families in the inaugural drive.

F.E.P. launched its Food Chain newsletter, which is designed to help people go and stay vegan.

lauren gave a TEDx talk on “The Power of Your Food Choices” in San Francisco.

F.E.P. trained and sent out volunteers around Vallejo, California, to survey access to healthy foods in both high-income and low-income neighborhoods. We also looked at areas based on education, ethnicity, and income level.

F.E.P.’s work on access to healthy foods in Santa Clara County was cited in the U.S. Human Rights Network’s report to the United Nations Human Rights Committee concerning the implementation of the International Covenant on Civil and Political Rights (ICCPR).

F.E.P. was nominated for “Best Vegan Nonprofit” in the VegNews annual Veggie Awards. 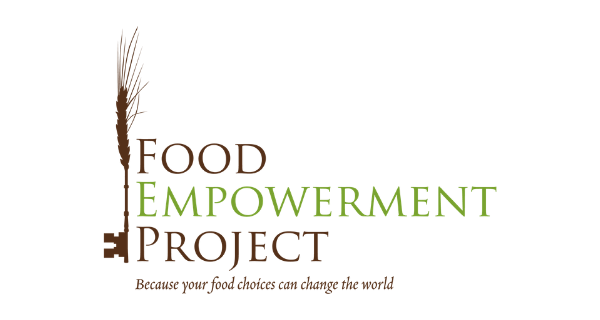 lauren and some F.E.P. volunteers participated in a “farm worker reality tour” in California, where they spent time with agricultural workers and their families and donated some school supplies to the kids. 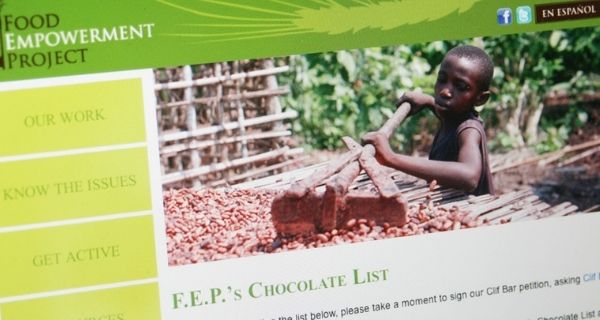 We created our Chocolate List, identifying chocolate companies that we do and do not recommend based on where they source their cacao.

We launched our first corporate campaign, targeting Clif Bar for not disclosing the source of its cocoa.

F.E.P.’s 12-page brochure explaining our work is published in English and Spanish. 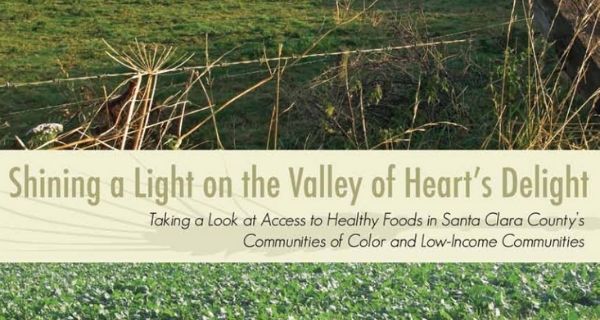 We published our report on food access in Santa Clara County, Shining a Light on the Valley of Heart’s Delight, which found that higher-income areas had more than twice as many large supermarkets per capita than lower-income areas, while lower-income communities have nearly twice as many liquor stores and 50 percent more markets that sell an abundance of meat products. (Neither of these latter store types are found to offer a variety of healthy food options, like fresh fruits and vegetables.) 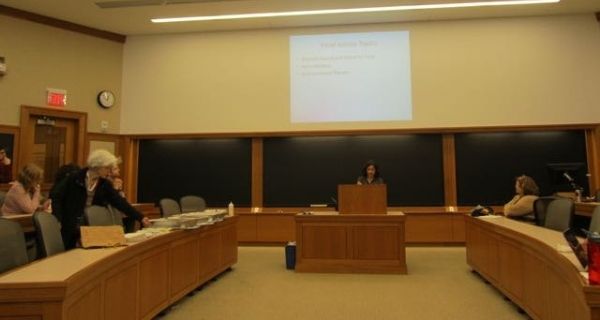 F.E.P. trained and sent out a dozen volunteers around Santa Clara County, California, to survey access to healthy foods in both high-income and low-income neighborhoods. We also looked at areas based on education, ethnicity, and income level. 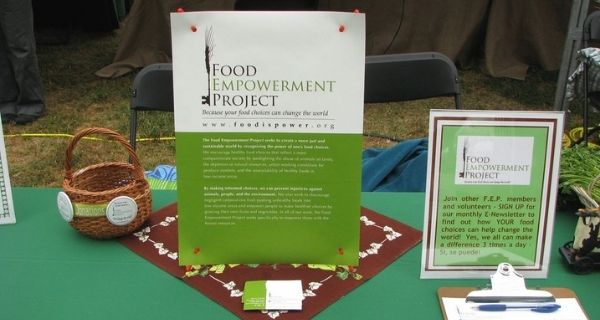 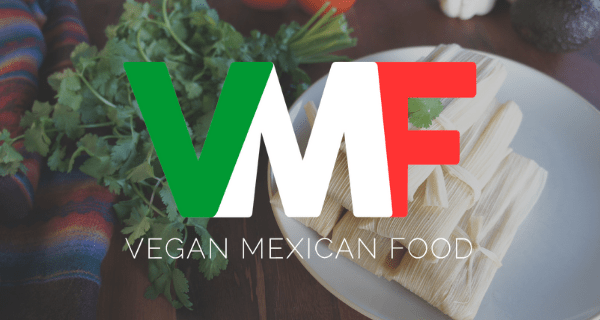 F.E.P. launched veganmexicanfood.com, in part to highlight Mexican foods that do not include animal ingredients, while also modeling that it is possible to eat vegan and still incorporate the comfort foods of one’s culture. 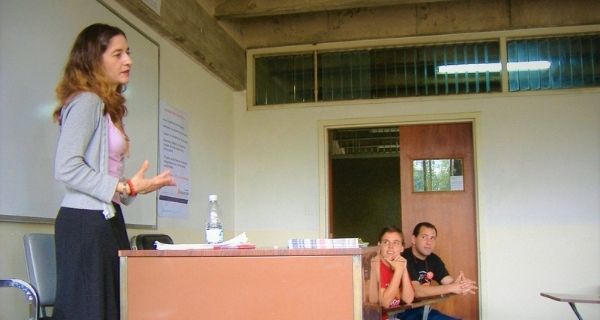 The seed for Food Empowerment Project (F.E.P.) was planted when lauren Ornelas participated in the World Social Forum in Caracas, Venezuela. She was overwhelmed by being in the same space as others who look like her and feel as strongly as she does about so many issues while recognizing how they are all connected. She came to the realization that she could no longer do her activist work in a silo and instead focused on ways to combine her passions and make a more meaningful difference.