lauren Ornelas was invited to give a TEDx talk in San Francisco and the video is now live online. The talk, titled The Power of Our Food Choices, urges people to think about the ways in which our food choices impact human and nonhuman animals near and far. Special thanks to TEDx Golden Gate Park for the opportunity to present as part of their talk series. 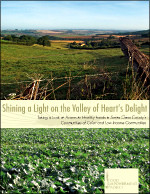 The U.S. Human Rights Network recently submitted a report titled Structural Racialization and Food Insecurity in the United States to the United Nations Human Rights Committee, and it cites the work of Food Empowerment Project on food access in Santa Clara County. We are so pleased to be part of this effort to bring issues of food access and structural racialization in the U.S. to the attention of the UN.

On November 16th, we began our training and surveying for access to healthy foods in Vallejo. This project will survey approximately 100 locations and will span several months. Thanks to everyone who came out to the training and started surveying for access to healthy foods in Vallejo. Thank you also to Global Center for Success for hosting and to City Council Member Marti Brown for coming to say a few words. Special thanks to our volunteers and those from Vallejo People’s Garden. A big thank you to Dr. Carol Glasser for her work in creating our survey tools.

3. Giving thanks: You, Indiegogo, and turkeys 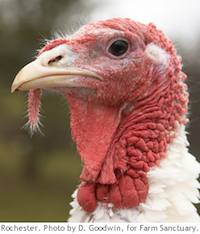 We so appreciate all the volunteers and supporters who make the work of Food Empowerment Project possible. In addition to all you do – including sharing the work we do with others and assisting us with your time – you helped us achieve an important fundraising milestone: We raised the $5,000 for our Indiegogo campaign for Food Chain, which will help people go and stay vegan!

At this time of giving thanks, please remember our commitment to not exploiting human or nonhuman animals. When you celebrate the Thanksgiving holiday with your family members, share the fact that turkeys, like humans, live in family groups and are highly social birds. Turkeys have distinct individual personalities, and our choices at the dinner table determine their fate. Go vegan this Thanksgiving and encourage others to do the same. Read more about turkeys here.

As part the Central American Lecture Series at California State University, Northridge, lauren was asked to speak on “Immigrant Workers in the Food System.” The event was the most well-attended in the series so far this year, with nearly 200 students in the audience. Students were energized and engaged by the talk and were eager to ask questions during the Q&A period. After leaving the event, many students posted on their social media networks about the event and about the work of Food Empowerment Project, inspired to do something more with what they learned. Thanks to Linda Alvarez for her work on this event and to all who made the event a success. 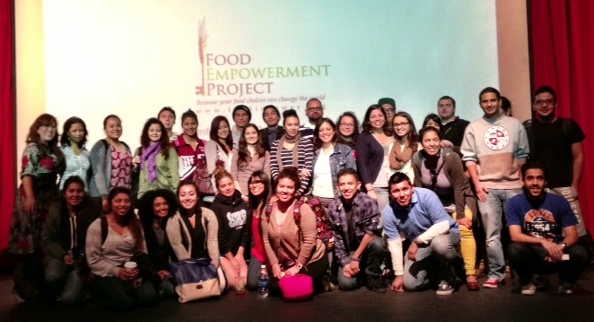