Did you know that when Albertsons*/Safeway decides to leave a neighborhood, they sometimes block other grocery stores from opening up in their former locations?

This means that when they are selling or leasing out their former property, they include a restriction stating that no other grocery store can move in. Some of these restrictions have been for as long as 20+ years!

As part of Food Empowerment Project’s (F.E.P.) work on the lack of access to healthy foods in Vallejo, CA, we found that Safeway (a banner company under Albertsons) had moved from a downtown location and relocated to a suburban area and placed a restrictive deed on their former property that prevented another grocery store from moving in for 15 years!

This injustice is not limited to California; Albertsons and their banner companies have done this in many other locations throughout the U.S., including Bellingham, WA, where they currently have a series of non-compete clauses that prohibit a new grocer from moving into not just Albertsons’ former space, but anywhere in the whole Park Manor shopping center where it used to be located. These restrictions are in place for 20 years—that’s an entire generation of people not having access!

The lack of access to healthy foods is a complex issue, and grocery stores are clearly not the only problem, but corporations intentionally impacting the health of primarily Black and Brown communities and senior citizens must stop doing so.

We are asking you to join us in an effort to get Albertsons to change this unjust practice and cease this policy immediately.

Learn more about the Shame on Albertsons / Shame on Safeway campaign in our blog: https://foodispower.org/shame-on-safeway-afj/ 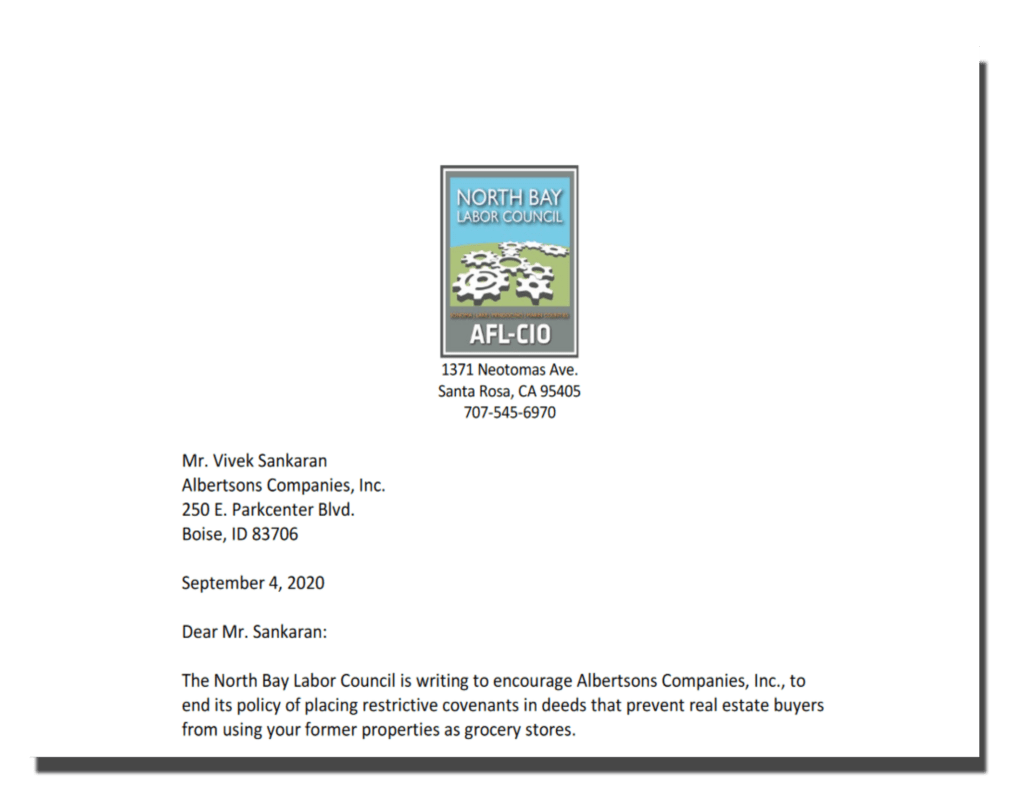 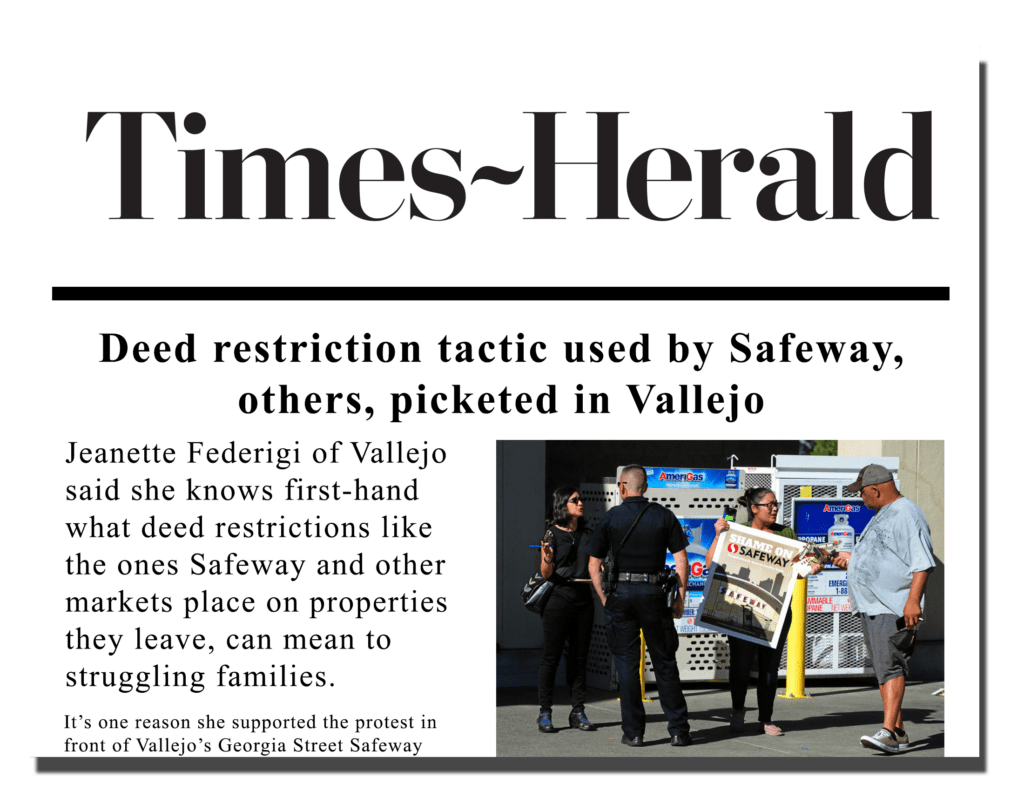 Deed restriction tactic used by Safeway, others, picketed in Vallejo. 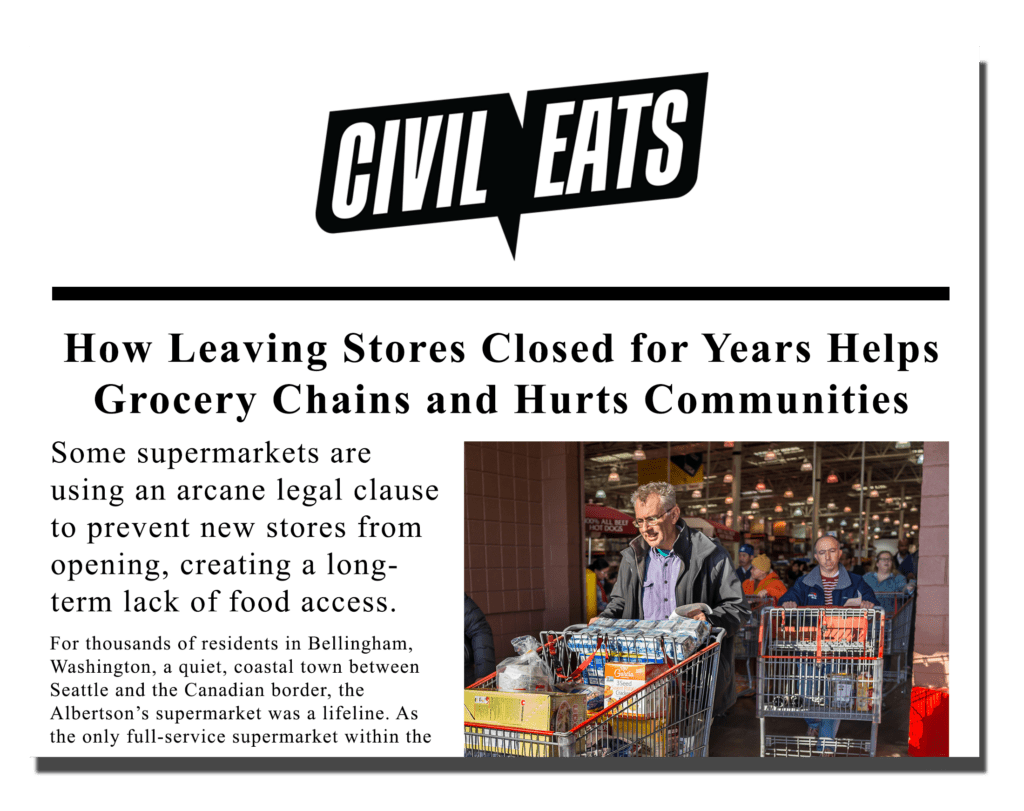 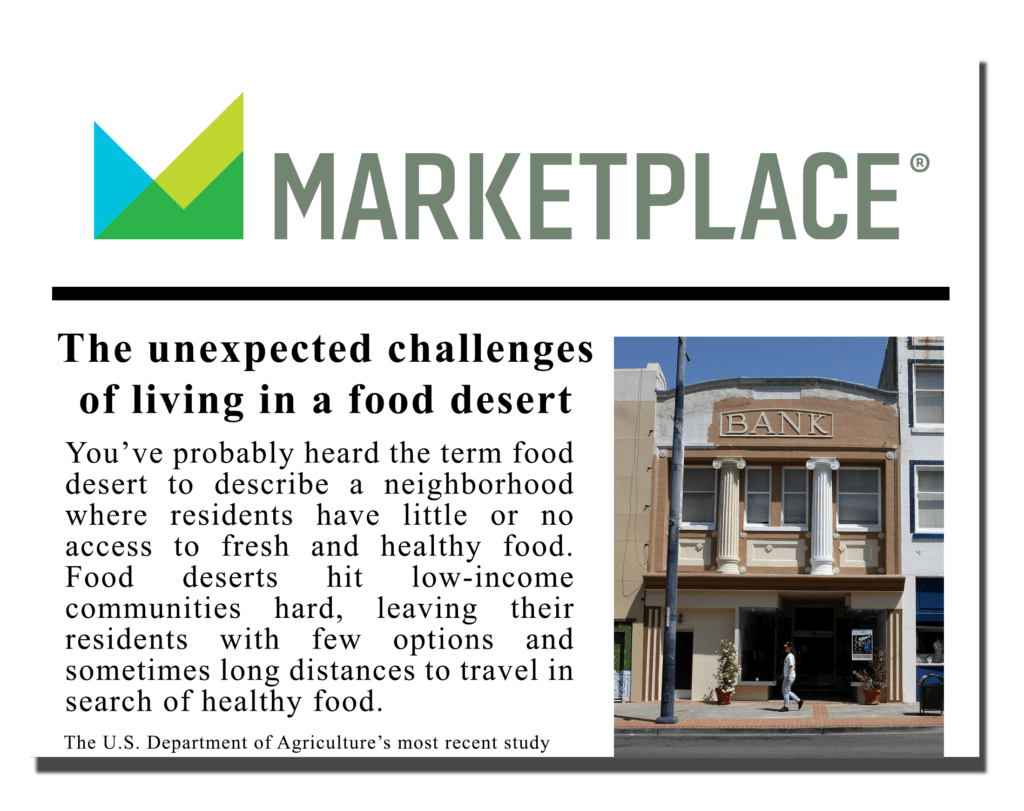 The unexpected challenges of living in a food desert. 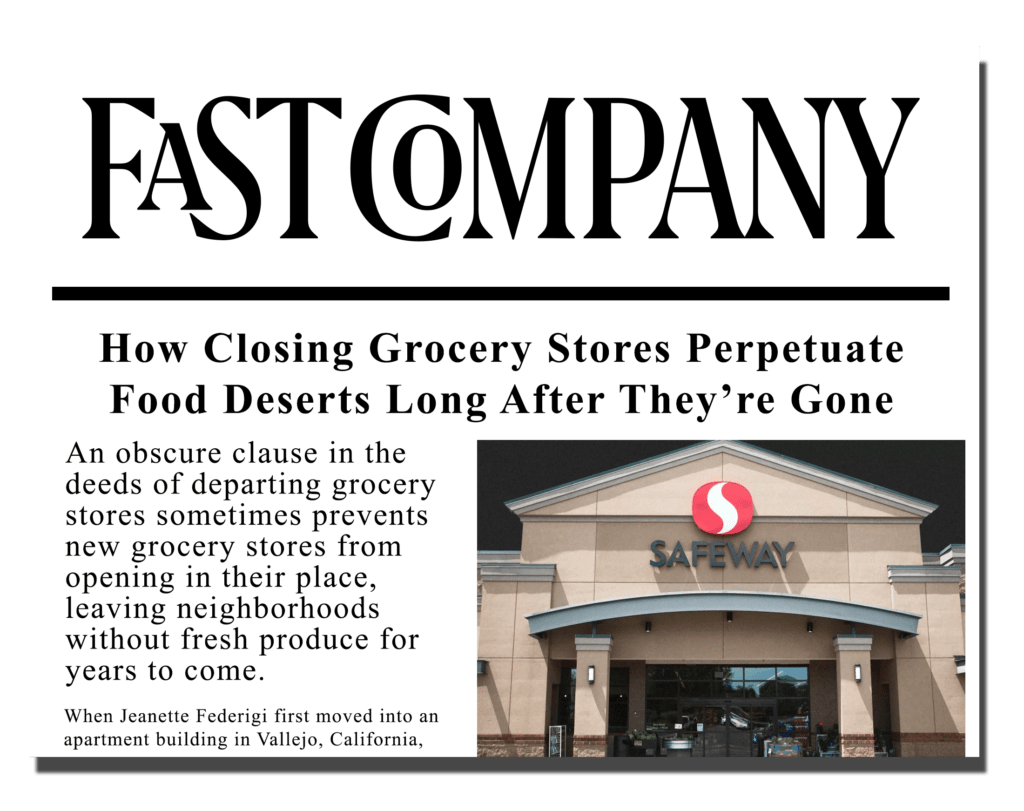 Deed restriction tactic used by Safeway, others, picketed in Vallejo.

The unexpected challenges of living in a food desert.

READY TO HELP GET THE WORD OUT TO OTHERS? 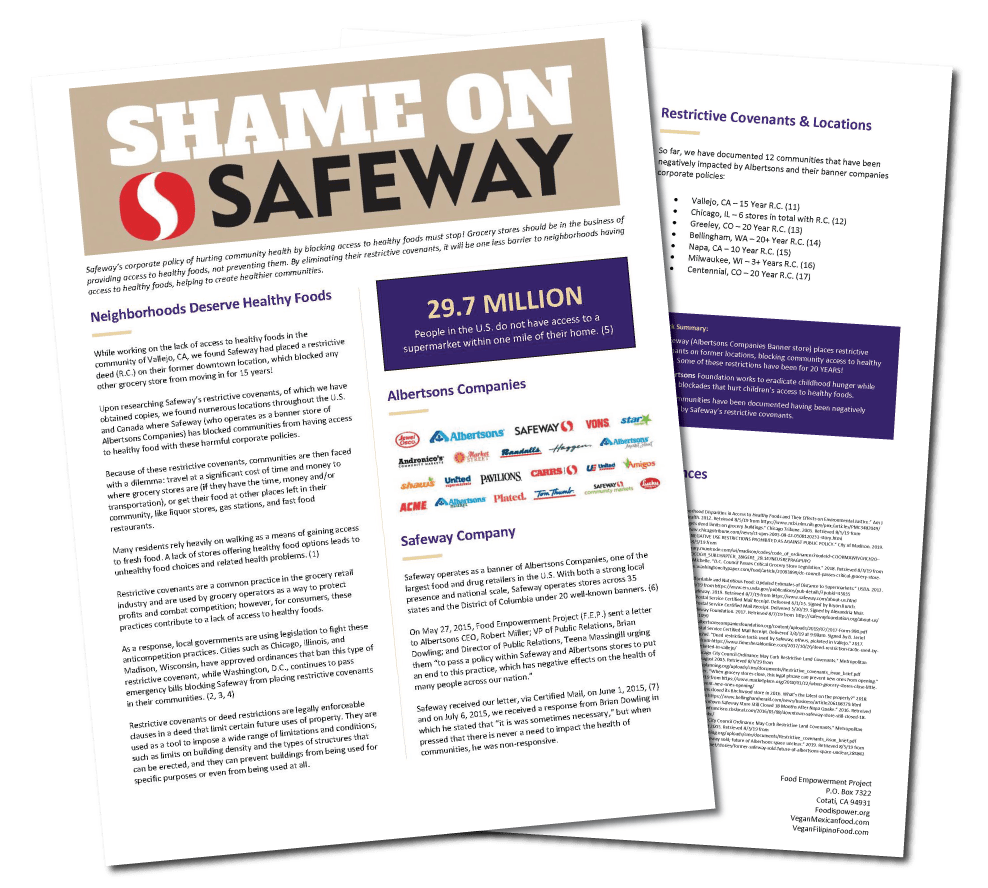 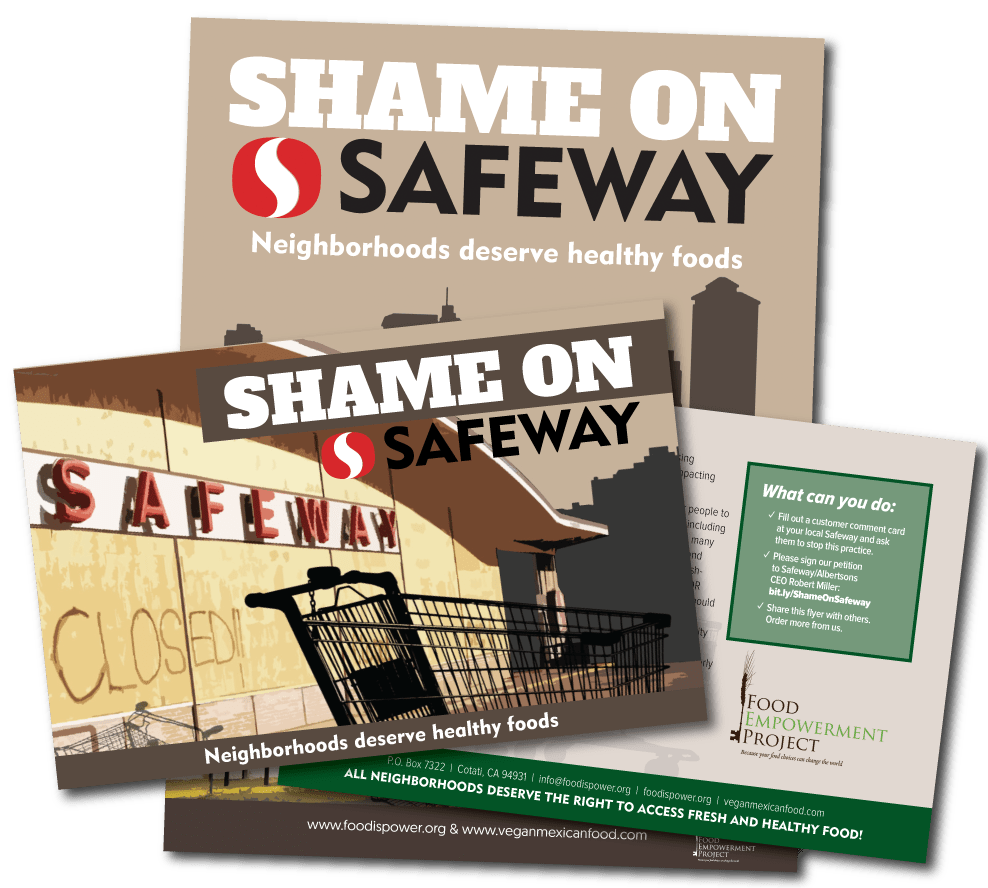